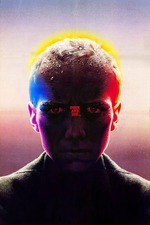 I saw this was one of the highest rated films and it is for good reason. I don't think I've ever experienced a film like it.

The acting was so pure, genuinely one of the best leading performances I've witnessed. The music was so meaningful, the sound was so apparent and the cinematography was so masterful.

It's annoying because no matter what I watch now, it's never gonna be as pure and relentless as that. It's not a film you could keep rewatching and get the same experience, but the experience you get from it the first time will stay with you

If you can, buy this film, don't rent it.

The Devil All the Time