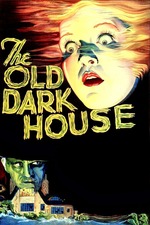 A comic thriller and crazy family picture that predates 'The Texas Chainsaw Massacre' and 'Spider Baby'. The atmosphere and look of this film is fantastic. But I would be lying if I said that I wasn't disappointed overall.

I am actually quite fond of director James Whale's horror films. 'The Invisible Man' and 'Bride of Frankenstein' are two of the best horror comedies of all time. But for me 'The Old Dark House' just misses the mark a bit.

The script is not as sharp as it could be and the film felt like it was missing something. Maybe it didn't go far enough. Or maybe it could have benefited from a ghost or two. Something supernatural may have upped the stakes.