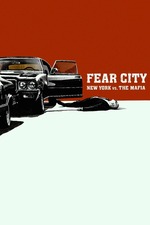 I've always had a morbid interest in the Italian mafia, and when I have an interest I go all in on educating myself. The amount of books I've read and documentaries I've seen on the subject in the past twenty years is substantial. That's not even counting the movies and TV shows. With that being said, Fear City does a good job at giving a crash course on the mob during the height of their power the 1980's leading up to the commission trial that took down most of the bosses and dealt the massive blow that brought the mafia to it's knees. They still exist today but they are a mere shell of what they were prior to the trial.

One thing I always keep an eye out for in modern mob documentaries is the bias. Rudy Giuliani wasn't only one of the most successful mayors in NYC history, but he also led us through 9/11 and made a safe city out of a place that was a disaster before his arrival. Before any of that he was the prosecutor that directed the FBI to bring down the mafia. He did this with his innovative use of the R.I.C.O. statute and his determination to destroy the entity that amounted to a stain on the legacy of Italian people in America. This documentary called it straight and I appreciate that.

While three episodes at 45 mins apiece may be a bit much for those without on interest in the topic, I can still say I recommend this to anyone looking to learn a bit about one of the most interesting times for crime in NYC. A lot of people from past documentaries like Michael Franzese (The Yuppie Don) and Lin DeVecchio are here so if you watch a lot of mob stuff you're gonna hear some rehashing but that's alright. My stamp of approval is all over this one. Excellent job.