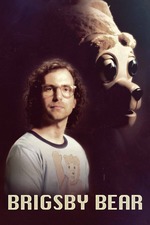 (I don't consider anything in here a "spoiler" per se because it's not a twisty or very-plot-driven film, but I do talk about some of the stuff that happens in the second act of the movie, if you're real wary.)

I think this might be my favorite movie of the year so far.

I'm glad I had known that the tone of the movie wasn't going to be wacky or Good Neighbor-y going into the film, because I think that would've colored my expectations differently. It's none of that, although Mooney's character has the delivery and tone that any of his Good Neighbor characters would, which makes even his most sincere lines funny but never at the sacrifice of his character. Because honestly, his character's been through some fucked up stuff.

The sweetness of this film is in how James (Mooney's character) deals with that fucked up stuff. It's not as wacky as Kimmy Schmidt, but it compresses some of the serious aspects of Kimmy Schmidt into something more real. He reclaims it for his own, he decides what it means to him, and his fascination with that fucked up stuff is morphed into something purely positive. He's never made fun of, his passions are shown as something to be proud of, and he creates a community around it by sharing it with people who have no idea what he's been through, but don't ever really need to. It's a purely-good film about the power of creativity and friendship and (pardon the cliche) an honest-to-god love letter to filmmaking and art and the passion that you feel when you're deep in the throes of making art with friends– entirely born from the idea that a child was kidnapped and held captive for most of his life. It was so sweet and genuine without being saccharine that it made me cry.

There are some minor problems with this movie from only the most logistical standpoint (which is to be expected with any story that would make light of such a dark premise) but the sweetness and earnest goodness of the film outweighs them in the absolute best possible way. It's a fantastic film, from THREE incredible and truly-legendary modern comedy teams (Dave & Kyle from Good Neighbor, The Lonely Island, and Lord & Miller) and they do an incredible job making something so relatable and beautiful off of a premise that is so unrelateable and sad.

Please go watch this movie. It's dope as shit.