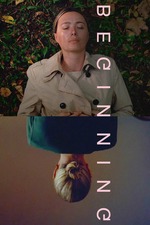 In a modern world that wants to think of itself in widescreen, the squarish 1:33 aspect ratio and the similarly claustrophobic “Academy ratio” have been somewhat ostracized as outliers — relegated to the province of arthouse filmmakers who primarily use them to express confinement of some kind (“Fish Tank,” “First Reformed,” and “Mommy” represent just a small handful of recent examples). Dea Kulumbegashvili’s luminously powerful “Beginning” was shot in 1:33 to much the same effect, but this auspicious debut has a more violent and involved relationship with its framing than most of its contemporaries.

From the horrifying sting of its first shot to the becalming ethereality of its longest take, Kulumbegashvili’s film doesn’t simply trap its heroine in a home she longs to escape, it also uses the severe narrowness of these images to isolate her from other people, to articulate the desires she’s smothered in the name of maternal servitude, and to attack her from just beyond the limits of what she’s able to see. In “Beginning,” the borders of the frame aren’t just the iron bars of a jail cell, they’re also the garden walls of Eden, the tempting hiss of the snake, and the angel of the lord who interrupted Abraham from killing his son.

After the jolt of its opening scene, it’s impossible to watch “Beginning” without being as wary of what’s outside the frame as you are concerned for the woman inside it. And when it becomes clear that Yana (Ia Sukhitashvili) is possessed with a biblical conviction to break free of its borders and flee the patriarchal subjugation of the Jehovah’s Witness community where she lives with the local religious leader (co-writer Rati Oneli plays Yana’s husband David) and their pre-teen son George (Saba Gogichaishvili), you understand what she’s hoping to find on the other side with a palpably spiritual intensity.

The journey there is long and troubling and so resistant to any prescriptive kind of psychology that the film gets lost in the very space that its heroine is struggling to navigate — the space between motherhood and martyrdom — but the grace of Kulumbegashvili’s storytelling allows for a measure of grace within her story, as “Beginning” resolves with a moment of transcendence worthy of comparison to the ending of Carlos Reygadas’ “Silent Light.”