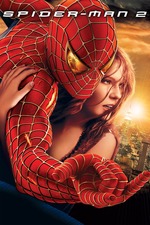 Peter Parker is in a bit of a rut—he’s been fired from his job, he’s always late for school and the love of his life just got engaged—but when the evil DOC OC poses a new threat, Peter is forced to use his spidey senses once more in order to save the city.

This is the sequel I needed. I fell in love with these characters so quick, and everything that happened in this movie was fast paced and exciting. The runtime really felt like it flew by, and I think that’s because I was enjoying it so much. Peter continues to grow and learn new things about his ability and the people around him, but the new conflict that rises, whether it be personal or public, affects him in every way. Our new villain, Doctor Octopus, is fantastic. He’s not as menacing as The Green Goblin and Alfred Molina definitely doesn’t give as good of a performance as Dafoe—but he was epic to say the least. My hype level for No Way Home continues to skyrocket as I am introduced to all these new characters!

I know some people are mad that he’s returning, as his arc and sendoff in this film was perfect, but I’m READY, who gives a frick anymore, let Marvel go crazy! The Cinema-tography (which was one of my main issues with the first movie) is way better here, and so are the visual effects. Whether it be Peter swinging around the city or him stopping a one- thousand-ton train, each action scene was crafted and filmed almost perfectly. The Score is really great and adds to the intensity, too. Franco’s character (who I never touched on) is very annoying and provides some unnecessary conflict that really wasn’t needed. Besides him, Dunst continues to shine in the role of Mary Jane, making the entire movie more fun because of how great she is. This was a banger sequel to an already amazing film, and I’m super excited to see how this trilogy ends with Spider Man 3. I’ve heard it’s terrible but I’m holding out hope!