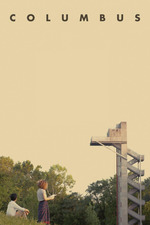 Architecture is just as much of a science as it is an art. In the process of creating a building, an architect must take physical limitations into account just as they would artistic ones. As such, the best architecture occurs when the architect finds a way to balance the limitations of structural and civil engineering with the sociological and behavioral limitations of architectural design. A poorly designed building can feel stiff, ominous, and oppressive; whereas an overtly abstract building can feel confusingly elusive, un-usable, and disruptive.

As such, architecture is not that dissimilar to film as an art form. The emotional connection one experiences with a building is elicited by their own personal aestheticizations--modernist or classic; abstract or discrete; limestone or concrete--and how they experience art as a larger form of connection with the artist. A good building is a window into the soul of its creator, displaying emotion and life through the vectors that are materialist structures. Each brick or slab of concrete carries the rustic demeanor of its laborers, the creative audacity of its designers, and the shared experiences by the people who inhabit its space.

As such, Columbus exhibits its emotion through the mundanity of physical objects and public spaces. Still shots of spaces and items paint a picture that is greater than the direct relationship between Jin and Casey. A crystal glass of barley; an old suit bathed in the warm cream-colored light of lamps reflecting off dark mahogany; a study filled with books and papers strewn across a multitude of plush furniture--the objects of past and future grant accord to a Mecca of the American midwest. Distinctions are made between rich and poor; young and old; modern and classic. Human mercuriality is defined through the basis of ephemeral design and decor, with carefully plotted and composed frames elucidating a world where art meets humanity.

Kogonada's use of still cinematography is key to understanding the way he defines the spaces between his characters. The only occasions on which shots ever move are in a small selection of conversations between Casey and Jin, almost implying a sense of fluidity within their friendship in a way that makes them stand out from the overwhelming impressionist stillness that possesses the rest of the film. A singular slow zoom detaches a relationship, only to bring it whole again. The way that characters and spaces are photographed further amplifies Kogonada's hypnagogic display of disparity. Casey is trapped within a frame filled by hallways and walls, claustrophobically imprisoned by a doomed back-water future. Meanwhile, Jin is almost always photographed in wide shots, shrinking him into yet another placid fixture destined to occupy rooms too large to be possessed by one.

Clearly Kogonada understands the spiritual and personal torture of staying rooted in a landscape scorned and left behind. There is a deep contrast to many other films of Columbus' ilk where the protagonist seeks to escape their hometown; however, Casey remains rooted to Columbus as a city despite desiring to leave it. Hell hath no fury like a crisis of geography! It's clear that this is some very beautiful and personal stuff. I'm deeply appreciative that this is a film I get to experience.