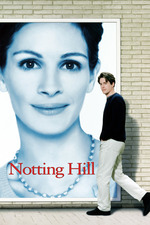 “i promise you, ive never played anything cool in my entire life.”

HAPPY NOTTING HILL DAY. MAY 28 MARKS 20 YEARS SINCE NOTTING HILL HAS BEEN RELEASED IN THE US. WHICH IS “SURREAL, BUT NICE.”

IF Y’ALL DON’T KNOW BY NOW. NOTTING HILL IS MY FAVORITE FILM OF ALL TIME (tied w La La Land) AND I LUV IT W MY ENTIRE BEING MY ENTIRE SOUL. HUGH GRANT I LUV U. WILL THACKER I LUV U. JULIA ROBERTS I LUV U. this film has defined the last decade of my life and i am eternally grateful!!!!!! it changed my life in a way, as i imagine all things we love do.

wow can y’all believe that all of Notting Hill literally happened jst bc julia roberts had the nerve to kiss a random bumbling beautiful british man for no apparent reason whatsoever. wish i could relate.

“i’ll tell myself sometimes but, don’t worry, i won’t believe it.”

anyway, almost considered this film as a “film abt me” due to some things i’ve noticed in this watch. i’m not sure if william thacker and i share similar personality traits, or if i’ve watched this film too many times in the past decade that i’m the one who’s actually adapted william thacker’s personality traits making myself the bumbling fool that i am today. let’s see!

will thacker and i both:

- get easily starstruck
- talk too much without really thinking
- stumble over our words and say stupid things, esp to celebrities and /or ppl we’re attracted to
- beat ourselves up too much over saying these stupid things*
*ex: “sorry abt the surreal but nice comment” and “i’m a daft prick aren’t i?”
- love tea!!!!!!!!!!
- had our fair share of moronic roommates
- would lie abt being an equestrian journalist after nervously forgetting that we were explicitly invited to a function where we would not have to lie at all
- dream of changing our anxious, shy personalities to become confident
- dream of changing our anxious, shy personalities to become confident enough to kiss the loves of our lives
- the saddest sack among our friend groups
- still use the term “whoopsy daisies”
- would probably stupidly not sit on a bench w a person im attracted to unless they explicitly stated for me to sit w them
- would tell off a group of nasty men for verbally degrading women behind their backs
- would “adios” alex baldwin’s plates whilst in the midst of immense embarassment and heartache bc we wouldn’t know what else to do
- shave when we don’t need to
- prefer henry james over blockbuster scifis
- are naive
- are too naive to understand subtle dick jokes
- like to take somber walks thru marketplaces over the course of a year to reflect on our sadness
- get depressed for 6 months over a person we’ve been headass in love w for SIX DAYS. SIX DAYS.
- makes everyone in our lives miserable for being depressed over said person
- apologizes to everyone for being miserable and says we’ll try to be happy and instead continues to be miserable
- would hastily reject said person we’re headass over if they sincerely asked us for forgiveness bc of the emotional trauma we’ve faced
- would go thru extreme measures to retract hasty rejection and be w them anyway
- luv wearing pink shirts !!!

so maybe i should officially add this to the tag. we’ll see.

this was a headline on a magazine w anna on the front cover ?????? UGH. anna scott, before times up was even invented !!! her MIND !!!! QUEEN of feminism

“and what’s great is that lots of friends have ended up in this particular part of london.”

- i’ve never noticed it but the scene of anna in the movie where she’s at a museum and a guy proposes to her ,,,,, the movie is called gramercy park featuring her and matthew modine ,,,, Notting Hill ,,, Gramercy Park ,,, idk

“rita hayworth used to say, ‘they go to bed w Gilda, they wake up w me.”

tagged under: my name for (carmen marga)rita hayworth

“james bond never had to put up w this shite.”