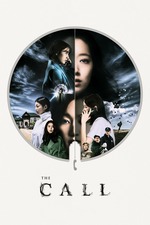 The pleasures of the land line, revisited.

If you have the same experience I did, you'll infer the mechanics of where The Call is going fairly early on. What I did not count on, however, was how far director Chung-Hyun Lee was going to push his science fiction / thriller / serial killer horror mashup. You'll either laugh yourself out of the scenario quickly, or be unable to slap the giddy grin off your face (like me) because you're having so much fun with it. This ping-pong, butterfly effect, cat-and-mouse thriller plays its cards so cunning, in fact, that I imagine even sticklers for logic and the pile-up contrivances found in stories that confront time travel paradoxes will let their guard down and allow the blood-speckled chessboard in front of them to unfold freely and guiltlessly.

What I relished more than anything is the duality of the two leads, whose steely alliance outside the stream of time is so until it's no longer convenient, and whose sociopathic tendencies manifest themselves in very different ways and at very different intervals. The story peels back unto itself more times than I could count, but the revelations entice rather than repel almost without exception. While acknowledging the cogs on this machine go a little out of whack as the tension between volleys ratchets up in the second half, by the time the epilogue hit I was so enthralled by the fucked up game of Pong I just witnessed those issues singed off faster than a father giving driving lessons. Good time from South Korea's genre factory.