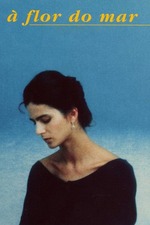 Three sisters-in-law, two children and a cat spend their Summer in a bright beautiful house by the sea. A mysterious fugitive is taken in by one of the sisters-in-law, and gradually challenges the dynamics and habits they’ve settled into.
Like a “The Beguiled” by the sea, set to Bach, operating between candid simplicity and a certain humorous irony.

(The cat is a really great cat by the way, with close-ups and dialogue and everything.)

The first 10 or 15 minutes introducing the house and the characters are really lovely, maybe even the best of the whole film.
There’s this part where "Senhora Amélia" prepares a fish dinner while talking to the cat (as one does), musing about how you really don’t need to do much as long as the fish is good, or else you’ll take away the flavour of the sea and ruin it. I suspect this is a comment on filmmaking. If there is any touch of genius in this film, and I believe there is, it's the director's stubbornness and insistence on using only natural light and direct sound, to only shoot when everything is right, to mess as little as possible with reality, to somehow capture on film your love of things as they are. The thing people seem to always respond to with the film is how incredibly beautiful, how bright, how pure it is, how true the colours feel, and I think that is owed to this search for sincerity from João César Monteiro.

Later on in the film, Amélia serves another dish she put a lot of care and dedication into, and waits anxiously, humbly, touchingly for the reaction. The film lingers quite a bit on this. Maybe, just maybe, Amélia is João César Monteiro.

The film often didn’t quite work for me though.
For one thing, it is too long, and there is a certain stiffness to it sometimes, maybe when it is aiming for a more ironic tone.
I also just didn’t care that much for the intricacies of the plot.

Mostly, the acting seemed a little off, which really brought the film down sometimes.
(Teresa Villaverde has her first participation in a film here, playing the younger sister-in-law, and she herself talks about how things really didn’t go too well with her role in an extra of the edition I saw. Interestingly, around 10 years later she would direct Ana Moreira in a great first performance in Os Mutantes.)

Overall, not sure this is entirely successful. But there is an authorial quality to it, and you feel a love of cinema contained in it, a wish to capture a certain feeling, a certain truth.