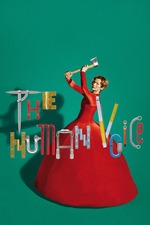 i was taken right away with the Dogville set. 💚 then the camera pans to the set’s art direction that just screams Almodóvar. then Swinton starts organizing her blu-ray collection, all great picks. when suddenly an emotional Swinton connects her AirPods...
i👏🏽was 👏🏽floored!!!👏🏽

at first i found Swinton’s line delivery kind of odd, but in the end you realize it is no gimmick... the short welcomes the theatricality of the situation Swinton’s character is in. this is definitely not a film for everyone. two ladies in the back kept saying they didn’t get it and if it was going to be a silent film because of the film’s fragile, beautiful prologue. a eso les digo “si vienen a una peli de Almodóvar deben saber que es una peli de Almodóvar.” which brings me to my next point, not since La piel de que habito has Almodóvar been so daring in his work as he is here... and for that i’m relieved. relieved that Almodóvar hasn’t lost his touch. all of his quirky trademarks were there, and as a die hard fan i was rest assured that the master has finally come home. 🙏🏽

Mme Tilda has never been so expressive in a role. is as if another actor has emerged from within Swinton and transformed into a new persona for Almodóvar’s very Spanish way of filmmaking. and of course, she has never been more delicious as when she burned the set and utters THOSE.WORDS.

through Swinton’s monologue you get how dependent and obsessed she was in her most recent past relationship. passion is too short of a word. 👀  that when she finally decides to let gas and fire do the work for her of letting go of that toxic relationship (on both ends, to be fair) and all of its memorabilia, it adds that necessary layer of non compliance in the lines of there is nothing i do better than revenge, that really grounds Swinton's character, and as she struts out of the studio with Dog, a revelation, to the outside world they invite their misery, companionship & hopefulness to get them through their epilogue from the tiresome and draining movie they were in.

Women on the Verge of a Nervous Breakdown