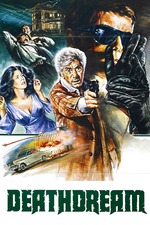 'Deathdream' (also known as 'Dead of Night') packs the anger, grief, and confusion of an entire era into one 88-minute film. And it does so without the weight of self-importance that so many of our modern, more prestigious, and socially minded horror productions tend to bear. As Travis Crawford succinctly puts it, what makes 'Deathdream' and other classic 1970s horror films so effective is that the earlier productions “deftly handled themes of great importance, but in a way that only serves to give their work more emotional resonance and power.”

The ghost of Vietnam stalks through every frame of 'Deathdream,' but it's a great film because Clark and his collaborators put the drama and the characters first. Even with the overwhelming bleakness and the harrowing experiences that the film's family goes through, Clark shows a great deal of love for his characters. He gives them space to flail in their emotions and be their imperfect selves. But the affection Clark shows towards his characters also makes the coldness with which so many of them meet their demise all the more devastating. Andy’s family is almost entirely dysfunctional, emotionally unstable, and often cruel to each other. But Clark recognizes their weaknesses and flaws not as traits to punish them for, as many horror films would, but as vulnerabilities. Their actions and reactions to the events of the film are at times horrendous and extreme — especially the mother's blind defense of her son's every action and when the father channels his anger at his daughter — but the events they face are rather extreme as well.

'Deathdream' also stands strong next to non-horror films concerned with Vietnam and the plight of returning soldiers. The film is a mostly dramatic treatment of Andy’s return, but being firmly situated in the exploitation realm, the filmmakers could indulge in the gruesomeness and the carnage of horror cinema to bring the violence and anger of the times out in a more confrontational manner than the standard dramas coming out of the studios. Its status as an exploitation film allows the filmmakers to lean heavily into the absurdity of a country sending young men out into a jungle to kill people and then expect them to come back and be "normal." 'Deathdream' tears down the ticker tape and dispels the welcome home parade. Lynn Carlin and John Marley as Andy’s parents — who were brilliantly cast together by Clark after they played the central and deeply unhappy couple in John Cassavetes' 'Faces' — each create that overwhelming pressure to “just be yourself” for their son, when the “self” they know, love, and expected to return is long gone and never to come back.

Bob Clark's 3 early horror films are hard to beat. This is the second one I have covered for Split Tooth's October Horror series — the first being 'Children Shouldn't Play with Dead Things' — and I am hoping to write something on 'Black Christmas,' Clark's best film, at some point in the future as well. You can read the complete essay I wrote on 'Deathdream' here.