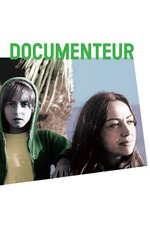 A sad little film about a single, foreign mother and her son trying to find a foothold in L.A.

But I wondered often during this film, and Varda never answered it, I think: why is she in Los Angeles? I get that the child's father is in L.A., but can't she leave and take the boy with her? Does she not have extended family in France that can take her in? Also, does the kid not go to school? It seemed too chilly to be summer in L.A.

A couple of the performances were pretty bad, too. There was a blond neighbor friend of Emelie who helped her out in a couple scenes. Her lines were incredibly stiff and wooden.

All in all, not a bad film in the least. Any film that features Olvera Street is a winner in my book. But it's not as strong as her more prominent feature films, fictional or non-fictional.