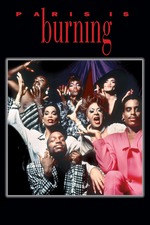 Beautiful. Just beautiful. I had originally watched this documentary for an anthropology course, and god I’m happy they had us watch it. It’s a very important film to watch, likely not for the same reason as it was when it first came out. I feel that when this film premiered in the 90’s, it was providing the public a view into a world they had chose to never think about before. Nowadays, I think it’s not only a landmark documentary about the hardships the queer community has been through, but it also shows the roads that have been paved for this generation by the generation before it, and the work that still needs to be done. Strictly looking from a film perspective, this is one of the greatest documentaries out there. The execution of it was phenomenal, it told a story without any words from the documentarian. It was told by the people in this community, they told their story, and this documentary gave them the space for that. I love this film.