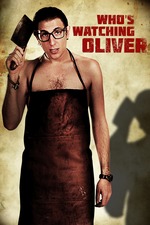 Before The Cyborgs’s review published on Letterboxd:

Who’s Watching Oliver? is the directorial debut for Richie Moore, whose most notable previous work consists of being a camera operator for major blockbusters like The Hangover sequels and Mission: Impossible-Ghost Protocol. Disappointingly, however, this experience does not translate over to his debut feature often times mirroring a student film in production quality. While much of these faults can be excused due to the film’s minuscule budget (some aspects like the special effects even praised), other amateur errors cannot be as easily forgiven. Shots frequently go in and out of focus early on, and gaffes like exposed mic wires stand out. These minor technical faults would be easier to overlook if the content of the film were more redeemable.

READ THE FULL REVIEW ON BEFORE THE CYBORGS

Before The Cyborgs is using Letterboxd to share film reviews and lists with friends. Join here.