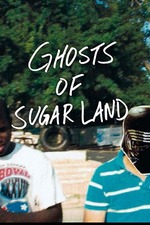 Full disclosure, I grew up in Sugar Land. 1997-2009, my parents didn’t move until 2016. Most of this was shot within a 20 minute drive of my childhood home, heck there’s an entire interview that takes place in the parking lot of our Kroger! It’s a safe, heavily-diverse community where I grew up, went to school, learned to drive, had my first kiss, found my calling, and made lifelong friends with people from all races, religions and creeds.

It’s also the same town where “Mark” (real name Warren Christopher Clark) grew up. And was radicalized by ISIS.

We were both there at the same time, he’s only five years older than me. So were his Muslim friends, disguised here as famous Pop-Culture Characters to protect their identities (Spider-Man, Mario, Kylo Ren...). I’d argue the choice of these masks was intentional, as they discuss how growing up in a town like Sugar Land gave them the ability to have more Westernized-lifestyles than Muslims living in other parts of the world. They also discuss how “Mark” was their high school friend, a weird, lonely black kid that never quite fit into any one style or group, and never felt comfortable in his own skin. They try to trace where their friend fell off the tracks; he had a group of Muslim friends that practiced a religion with an inherent community, he became interested in it, and at some point between then and now found his way to Syria offering his services to the Islamic State.

I wish the film went more into exactly how “Mark” got these ideas, but then the most they can really do is speculate; the idea of him possibly being a double-agent working with the FBI is thrown around without a hint of facetiousness. I mean, can you blame em? How does one process something like this? As they look back it’s clear the most they could do to save him was be his friend and make him feel accepted, and they earnestly did their best. That’s all any of us can do.

Now, they briefly mention it but, again, I grew up in Sugar Land so I can attest to it; despite its heavily-advertised diversity, minorities faced a LOT of racism & bullying in our schools, and Muslims after 9/11 were no exception. “You’re a terrorist”, “go back to _____”, etc. It was non-stop - in fact I’m sure I told my share of lazy immature ‘jokes’ and immensely regret it. I can’t imagine how hard it was to be a Muslim kid in America post-9/11, it’s probably just as hard being one in Trump’s America right now. Stories like “Mark” don’t make the national dialogue any easier, but we have to remember that while we don’t know when he was radicalized, we do know where: He’s a product of Sugar Land, TX, USA. And his actions will haunt his friends & our hometown forever.

Anyways give it a watch, it’s on Netflix and super short. It won Best Doc at Sundance, SXSW and - I’m calling it now - it’s gonna win Best Doc Short at the 2020 Oscars. [EDIT: ok, fine, it SHOULD have won - or at least been nominated]