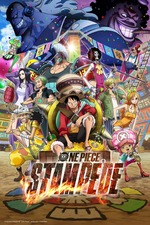 Everything about this anime is beautiful. From the characters to its extraordinary world building. Personally, I think Luffy is one of the greatest main protagonists that has been made. He’s such a well thought out character - not too stubborn, has his own ideologies and protects his nakama at all costs.

Luffy by no means is a hero - far from it actually. People refer to him as an anime hero but he does what is best for him and his friends. He chooses who he wants to protect. Take Naruto for example, if there was information about a massive plot that was going on he would do whatever it takes for the sake of the Leaf Village. Luffy on the other hand would do what is best for him and his friends. On occasions he will help others - only if it relates to him in any way. He’s just a dude that wants as much freedom possible. One of the things he said stays with me all the time: “Hero? No! We're pirates! I love heroes but I don't wanna be one! Do you know what heroes are? Say there is a chunk of meat. Pirates will have a banquet and eat it but heroes will share it with other people. I want all the meat!” He has qualities of a hero but he isn’t one - after all he is a pirate. :D

Here’s an example of how he isn’t a hero: “You want to keep everyone from dying? That's naive. It's war. People die.“ You’ve seen marvel films and can you really tell me this man is a hero? He isn’t. He’s a young man who will beat up anyone who is in HIS way of becoming the Pirate King. Surely, if he was a hero he would at least try and save these people.Throughout the course of this story Luffy evolves and he makes both good and bad decisions. Ones where he loses people that are precious to him and others in which he defeats his opponents. This is what makes his character complex.. you want to call him a hero. He’s a pirate? A disgusting pirate. Someone who is seen as evil by the World. “Pirates are evil? The Marines are righteous? These terms have always changed throughout the course of history! Kids who have never seen peace and kids who have never seen war have different values!“ (switch these words around a bit to real life issues and..)

What I love about this anime is how every strawhat has a different story. Nobody has the same goal as Luffy within the crew -  they have their own dreams yet still follow this enthusiastic rubber man. He’s stupid, he’s naive and clueless 80% of the time but he wouldn’t leave his friends even if it cost him his life. His crew is literally: a swordsman who has no sense of direction, a woman obsessed cook, a thief, a liar, an archaeologist who can make hands and feet pop out of nowhere, a half cyborg/human shipwright, a dead musician who always asks “can i see your panties?”, a reindeer whose a doctor and now a fishman. crazy right? i never thought i would cry over a ship but here we are!!

There’s only one other anime that I’ve seen that could surpass this masterpiece. Hunter x Hunter. If it ever comes back and is written at the same standard it was before then it will be the greatest anime made. The amount of layers the anime had was incredible. Also Gintama. You’re left wanting for more. In terms of manga, One Piece truly is the greatest. Chapter 1,000 came out yesterday and it was beautiful.

WATCH ONE PIECE OR EVEN READ IT.
CHAPTER 1000 CAME OUT AND MHHHNNN SUPERB😌