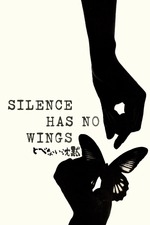 Part of A Film A Day Keeps The Doctor Away V. II

Film #7 of Scavenger Hunt #2 - A Challenge by Naughty
Task # 19: A film featuring bugs or insects

Filled with allegory and metaphor, Silence Has No Wings is undoubtedly art-house filmmaking at its finest. All the necessary aspects are there - unique premise, unique cinematography styles, unique plot structure, and unique symbolism. Throughout the first 45 minutes of the film, I was sure Silence Has No Wings was going to end up in my favourite films list, due to its highly innovative camera techniques, along with the director's unique storytelling techniques. But, as the film unfolded for the following hour, I felt underwhelmed - as if it didn't measure up to the first 45 minutes. Why? Because as the film progresses, it features too many tonal shifts - it almost seems as if the 100 minute runtime provided director Kazuo Kuroki with too much artistic liberties. Yes, the presence of these creative liberties serves him well in establishing a unique cinematography style, yet the creative liberties ultimately hinders him when it comes to the coherence of his story. Rather than following Silence Has No Wings like a poem, fluidly transitioning between themes (all of which would be interconnected in some discerning way), we're left with tableaux - short glimpses of ideas Kuroki presents, which are ultimately left unfinished in thought. Though Silence Has No Wings offers impressive visuals, as well as a unique directional style for Kuroki, it ultimately falls short in its method of storytelling - which should've been amplified by the presence of such a unique premise.