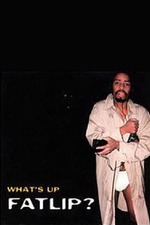 Life is surreal, for sure.

For over two months I've been hanging out with this guy named Derrick, we both lived at Podshare Downtown. Anyways, really sweet dude who I somehow felt a connection to because I could sense he was a loner like me, and it was someone I could just sit and be comfortable with without having to talk. Very often we'd both have our headphones on and bop our heads in the same rhythm even though we were listening to different music. Sometimes he'd ask what I was listening to, and it felt like a sincere question, not like someone who’s only asking because they can't wait to hear themselves talk.

In this time that I knew him, I went through quite a big hip hop phase. I've always liked certain kinds of hip hop but have never been an expert in the genre. I have an ex-boyfriend who was big on it and he introduced me to De La Soul and A Tribe Called Quest and the likes, but this winter I discovered a lot of stuff that I hadn't heard before. One of my favorite discoveries was The Pharcyde.

Derrick and me went through Mercury retrograde together, and then came the Age of Corona. I fled to the Podshare Hollywood to live in a smaller community, Derrick lost his mind a bit. He believes that the whole Corona thing is made up by the government as a way to control us, and won’t believe that anyone has actually died unless he sees the body with his own eyes. He wasn't the only person there who went a little crazy, can't exactly blame them either, but I was glad to get out of there. I was certain I'd go back there for at least a visit, as a few people there have become... maybe not friends, so let's call them acquaintances. I have to trust someone to call them a friend, and I don't trust anyone. But I really did like Derrick.

Today, Jimmy, a mutual "acquaintance", called me up on video chat (I now have a phone after living phoneless for three years), which was a nice surprise, and we got talking, and somehow ended up talking about Derrick. At one point Jimmy says: "Man, you really have no clue who Derrick is, do you?" I was confused. Long story short, it turns out that Derrick is actually Fatlip from The Pharcyde. And this whole time he never said a word. I found that refreshing, especially in a city like LA where many people make themselves look bigger than they actually are. Once or twice we even discussed hip hop but still he didn't mention anything.

Jimmy said that Derrick moved out of the Podshare Downtown and doesn't know where he went. We hadn't exchanged phone numbers as I was certain I'd see him again. Now I have no way to contact him and tell him what a sneaky bastard he is, and how often I must have been bopping my head to "Drop" while sitting right next to him, both of us completely oblivious. We had planned to go to one of those Motown Mondays at the Short Stop in Echo Park because we both love Motown. Although I've always loved to dance I’ve rarely done so outside of the privacy of my own room, but it's 2020, I'm a different person, sure I'll go dancing with Derrick! Or so I thought. But now the club is closed, and Derrick is gone.

After my chat with Jimmy I googled Derrick, or rather "Fatlip", and saw that many years ago, Spike Jonze made a documentary about him, and so I decided to watch it. I feel he's quite a different person today than back then, at least as far as I can judge from the limited time I've known him. But then and now there's an innocence about him, something pure. Some of the people who have reviewed this documentary call him an asshole. But you don't even know Derrick! I will remember him as a kindhearted soul who walked with a swagger and always shared his finest Whole Foods sesame oil with me.

And I guess I kinda made a sequel to this film as I have some footage of him trying to help me understand the message in my fortune cookie. That's what's up with Fatlip, 20 years later.

PS: I have since figured out what "coveted" means. And I hope Derrick figures it out, too, wherever he may be.

The Lodger: A Story of the London Fog