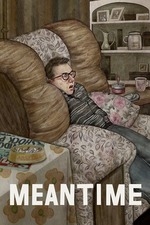 holy fucking shit. this is the second Mike Leigh movie i’ve seen (after Naked), and i will be watching the rest of his filmography as soon as possible. Naked is my friends favorite movie, and i really liked it when i watched it, but i wasn’t completely sold on the Leigh Style. god has that changed. Tim Roth and whoever played his brother both fucking rocked, made me never want to be mean to my brother again. this performance by Roth is honestly one of the best i’ve ever seen, AND OH MY GOD SAME WITH GARY OLDMAN. i’m pretty sure this was like his second movie but holy shit he was genius. i’ve been watching more british stuff lately, and it definitely takes a bit for the movie to grab you by the neck, but boy oh boy when it does it REALLY does. Naked was probably better written and wittier than this, but there were still two-three dialogue exchanges that were damn near perfect. Leigh’s ability to have every character be so profoundly genius and quick-mouthed but also mind bogglingly stupid and awful is magical. his camera work also stood out to me moreso in this, as his attention to framing and relativity to actors was sharp asf.

yeah this is without a doubt my new favorite movie. all the characters are funny and cool and tragic and rude and hateable  and lovable and everything else. please go watch this and Naked right now