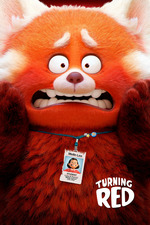 Many will disagree with me when I say this— something I firmly believe to be true: John Lasseter is what held Pixar back.

My love for this studio has been a part of me as long as I can remember. People reminisce of the “golden age of Pixar”, a time when they released original films that were bangers all around. Finding Nemo, The Incredibles, Cars, Ratatouille, Wall•E, Up, you get the point. But since then, people have criticized Pixar for putting out sequels after sequels, and stories that objectively was not as pure and rich as what came before.

Since Lasseter’s exit of the studio in 2019, the last film he was apart of was Toy Story 4, yet another sequel to what is obviously his dearest franchise. I find it ironic that immediately after Lasseter’s leave, Pixar has pumped out originals after originals. With Onward, Soul, Luca, and this year’s Turning Red, I feel that Pixar is going back to it’s roots, and has realized it’s importance in the storytelling, film, and entertainment space. And there’s still so much more to go, with the future of Pixar looks to be more originals! Sort of.. Lightyear, while may be based off of Toy Story, it is clearly something new and exciting.

I know it likely isn’t just due to Lasseter’s exit that has prompted this exciting change, It just sure seems like it has played a major role.

Turning Red was another fantastic, especially stylistic, and creative venture from Pixar. I loved it whole heartedly and it’s clear to me that the studio is not looking back.