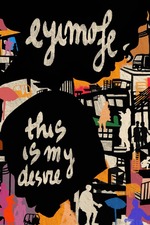 One Room With A View’s review published on Letterboxd:

READ THE REVIEW IN FULL HERE

When we think of capitalism we think of suited bankers and Western businessmen, if our thoughts stray to less economically developed countries, it is only as the victims of capitalism, whether that’s from the historic effects of colonialism or more modern globalisation. Eyimofe is a fascinating response to that impulse, portraying Lagos’ labyrinthine social economy where everything is for sale and nothing comes for free.

Mofe is the title character, a middle-aged engineer, whose well-being is balanced daily against a profit margin. Each morning he patches up a faulty junction box that sparks in the back of the factory with all the Hitchcockian menace of a ticking bomb.

In parallel, we follow Rosa, a young woman also trying to raise the money and paperwork to emigrate to Europe. Her struggle is similar, but skewed more cruelly along gender lines. The debut direction from brothers Arie and Chuko Esiri refuses to judge or objectify Rosa as she trades favours for the only thing the men around her are interested in.

Where some directors might linger on the disgust or conflict of such informal sex work, the Esiris shoot it like a simple transaction, just a part of life. This naturalistic approach extends to the rest of the film, as life-changing events are flattened into unticked boxes on a bleak to-do list. Eyimofe reveals that one of the most potent costs of poverty is constant labour, whether it be physical or emotional. You can’t just pay someone to fix your fridge, you have to do it yourself, or beg someone else for help.

If this tone kills some of the drama, it also serves to make the Esiris ideological point more powerful. Altrusim and simple kindness are rare in a city where everyone wants something for nothing, which only makes it more valuable when it emerges

One Room is using Letterboxd to share film reviews and lists with friends. Join here.